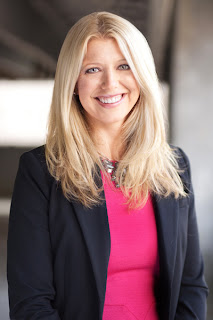 Jenica is a wife, mother, daughter, sister, aunt, granddaughter, niece and a passionate follower of Jesus Christ.
Jenica Baldwin McMaster was born in Wichita, Kansas to Ron and Cindy Baldwin and brother Matt.  Jenica received her B.A. in Communications from Azusa Pacific University.
After graduation, Jenica moved to Washington, DC and accepted a position at The White House where she coordinated White House events with the President, Vice President and various Senior Administration Officials.  While at the White House, Jenica met her husband, Dave, they were married in February 2004.  Following the wedding, Jenica served as the Talent Coordinator for the Republican National Convention in New York.  Upon completion of the Convention, Jenica returned to Washington, DC to work for a well known public relations firm.  In this position, Jenica helped to plan events for the firm’s clientele.
In the spring of 2005, Dave accepted a position in his hometown of Phoenix, Arizona.  The McMasters then relocated and Jenica started her own freelance event business out of their home in Scottsdale.  The following year, on February 16, Elliana (Ellie) Grace McMaster was born.  Dave and Jenica found out they were expecting a second child in December 2007; however six weeks into the pregnancy, that baby went to be with the Lord.  The McMasters conceived again in April 2008.  That fall, Dave and Jenica relocated to Overland Park, Kansas and on January 15, 2009, Izabella (Izzy) Lea McMaster was born.
Currently, Jenica is passionate about raising her children and encouraging families to find a plan and purpose while raising their children. She has released two prayer journals and is currently working on several other tools for families of young children.